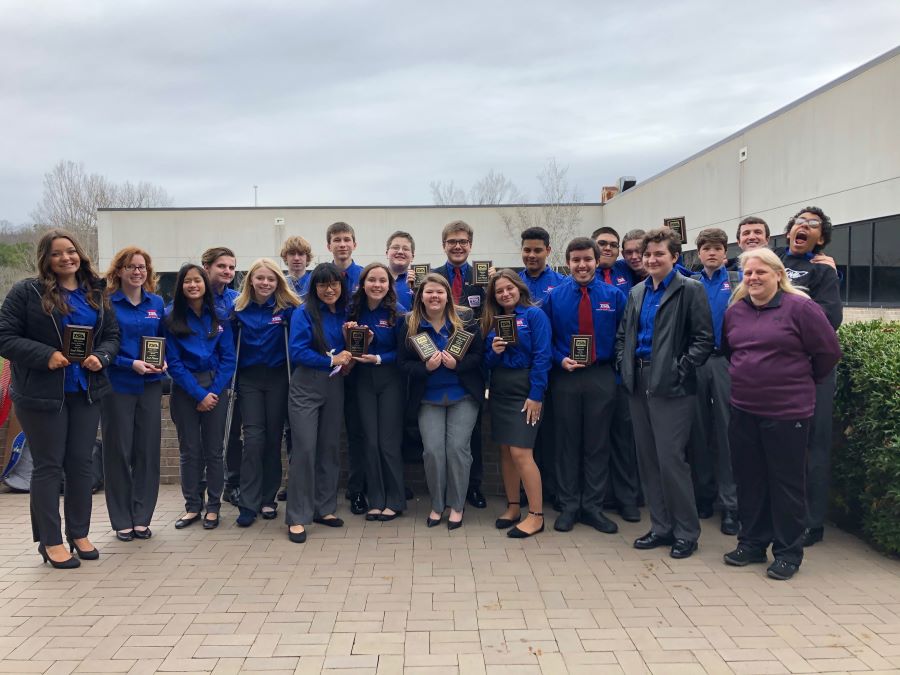 Like DECA, FBLA, and HOSA, TSA (Technology Student Association) is a career and technical student organization intended to promote students’ success in society and advance skills and responsibilities necessary for the job market. Whereas HOSA focuses on the medical world and DECA on business, TSA focuses to improve STEM skills (science, technology, engineering, and mathematics) to make better student leaders. It also differs from other organizations in which TSA regional competitions allow each student to compete in up to three events. This variety resulted in over half of the members earning a title. Likewise, ten out of the fourteen first year regional competitors, mostly freshmen, earned one of these titles despite their lack of familiarity.

This year also proved unique because KHS boasted both its largest TSA chapter and number of awards. Chapter member numbers have been on the rise since its restoration in 2016. Thanks to Noah Kelley, years of TSA inactivity ended when he brought Karns Middle School’s success with him freshman year. “When I left middle school, Karns Middle was the third best middle school chapter in the nation,” Kelley recalled. “It instilled in me something that I didn’t want to lose.” Not eager to abandon TSA, Kelley contacted Principal Brad Corum over the summer and was able to put the club back in motion. With Ms. Meredith Rogers’ sponsorship, they were made Karns’ TSA chapter official with four members. Since then, numbers have multiplied to this year’s record twenty-four total members and also added Ms Karen Lee to the team as an additional advisor. Kelley is proud of the club’s success as he participates in his seventh and final year as a TSA member.

The regional winners will have another opportunity to represent Karns at the TSA state leadership conference in Chattanooga on April 1st-4th. Make sure to congratulate Friday’s winners and show support for all of the members advancing.