They can’t put their phone down, and their grades are showing it 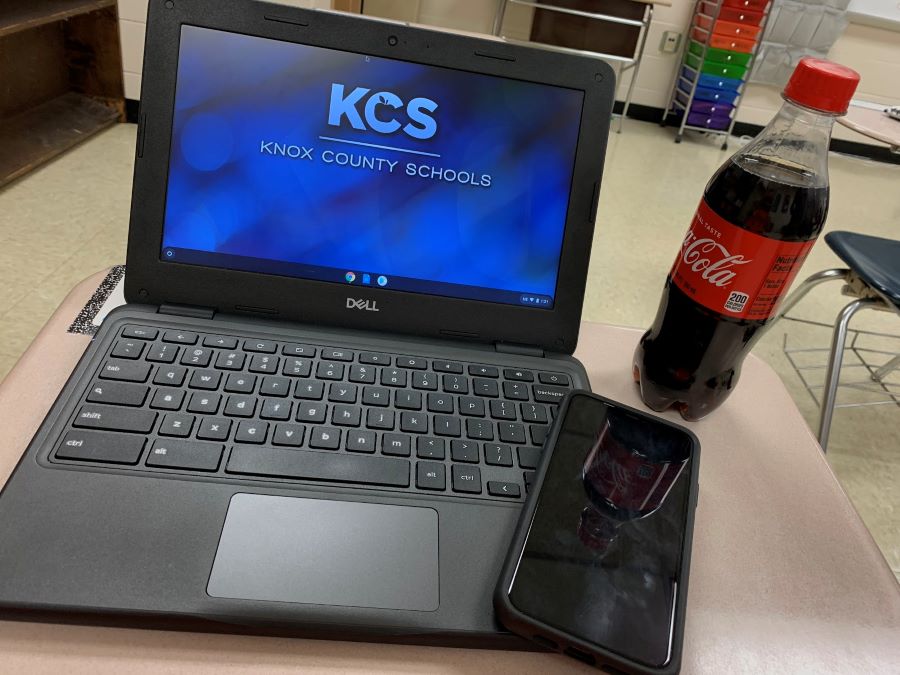 With the rise in the new virus, everything is being done online so there’s minimal contact with other people and things a person might touch. Schools, for example, are now using laptops that were provided to individual students by their school. This is seemingly making it harder for students to remain focused and on task. When interviewing student Alexis Campbell who is attending school in person, she stated that it has become more tempting to use her cell phone in class since they already have electronic devices out. Campbell then stated that it just feels natural to have her phone out. This natural feeling has led to cell phones becoming more of a priority. Harli Fine, who is doing her school work from home, said when interviewed “it is definitely more tempting to use my phone during class.” Fine stated that she thinks a majority of the reason why it is more tempting to use her phone is that it’s simply because students are told they can’t use them, “in past classes when we are told we can use them, we don’t have to spend as much time hiding them.”

According to the article “Nomophobia On the Rise,” author Deyan states that approximately 35% of teenagers do not feel that using a cell phone in class during lecture is rude. With this belief, students are checking their phones more frequently, and the chances of peer pressure being ensued is also just as high. For example, if student A sees student B pull out their phone and start scrolling through social media, they are very likely to let curiosity take hold and do the same thing. Now more than ever, teenagers are finding it harder and harder to put down their phones and engage in conversation or even class.

When Knox County went into quarantine for approximately 6 months, students became very comfortable with the constant ability to use their phones or having access to them whenever they wanted. With school coming back into session, students are having a hard time adjusting to the fact that they have to be focused on putting school work first rather than keeping up with new social media updates. Cell phones are continuing to be a detrimental factor in students’ school lives and their grades are majorly reflecting it. Students believe they truly are “multitasking” but as Fine stated during her interview, “it does tend to negatively affect our grades because although we think we hear everything, we usually miss some small details and lose points. When those points add up, we end up with a much lower grade.” Fine stated that she thinks students’ phones haven’t necessarily become more important than school, but rather they are “more enjoyable so we tend to find ourselves more drawn to them than an assignment.” Campbell stated “my phone has become more of a priority than school because quarantine made it to where I was so used to being on it, that it almost feels like now I can’t be without it.”

For more information and statistics on cell phone addiction visit the following website: