Breaking Down the Leaders of the Music Streaming Industry 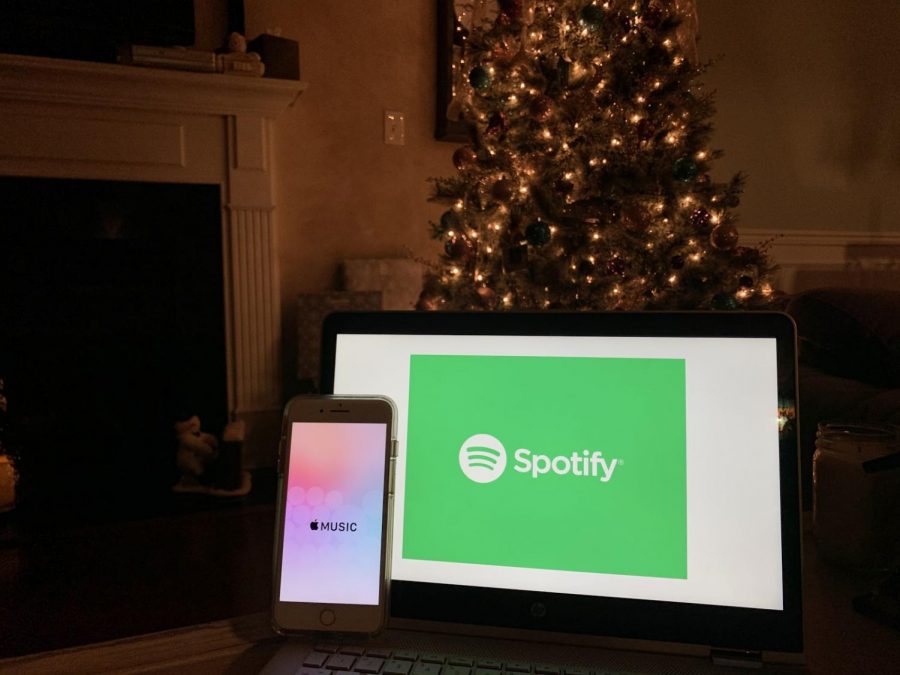 On June 30, 2015, a battle between two leading corporations – Spotify and Apple – took over the music streaming industry. Apple Music was officially launched on this summer day about 5 years ago, and music fans have been debating ever since. The two apps are used by millions of people across the world with Spotify at around 107 million monthly subscribers, and Apple Music at around 72 million subscribers. Both of these streaming services are available for $9.99 a month with discounts for students and on family plans, so choosing between the two can be a difficult task. Along with this similarity, they also both have a 3 month free trial option and have between 50-60 million songs available.

Choosing between the two comes down to individual preferences. Spotify offers a wide variety of podcasts for users to choose from while Apple Music offers Beats1 radio for users with and without monthly subscriptions. Unfortunately for Apple Music users that aren’t interested in a monthly subscription, the only free option is Beats1 radio. Users can make playlists from music that has been downloaded from iTunes, but songs that haven’t been downloaded are not available without a subscription. For Spotify users, all songs are still available without a Spotify premium subscription, but the free version is supported by ads that interrupt listening about every 30 minutes, and playlists can normally only be shuffled. Both services are easily accessible through many devices such as phones, laptops, and tablets by logging into an existing account.

It isn’t rare to see people holding debates over the two services on social media platforms, such as Twitter, and these often lead to a divide between listeners. While Apple Music users argue that the aesthetics of Apple are more pleasing and that features like having lyrics to songs available makes it a better choice, Spotify users argue that the many pre-made playlists and the ability to find new music and artists easily makes it the better choice. Spotify has playlists such as “Discover Weekly” and “Daily Mixes” that are tailored to the users music preferences. They include music from lesser-known artists as well and help those artists get more exposure. Apple Music’s lack of ability to introduce its users to new music is one of its downfalls. Popular twitter user Sarah Lugor (@sarahlugor), who is an Apple Music user,  tweeted in early November saying, “Apple Music is pretty, but I haven’t listened to a new song in years.” which shows that even people who have Apple Music subscriptions are not happy with the new music being so hard to find.

Every year in early December, Spotify releases a fan-favorite feature called Spotify Wrapped that summarizes the listening history of each user in the past year. It collects data and presents it to each user at the end of the year; it includes information such as number of minutes spent listening to music, most played artist, most played songs, most played genre, and most played podcasts. Spotify even creates a pre-made playlist of the top 100 songs that each user listened to. Similar to this, a list of top artists is available for Apple Music users which includes the amount of hours spent listening to each artist.

Overall, both services have qualities and features that make them appealing to casual listeners and music connoisseurs alike. When it comes to choosing, it is best to do some research and decide which streaming service best accommodates for the listeners needs and wants. Spotify for those that lean towards music discovery and podcasts, and Apple Music for those who value aesthetics and radio station availability.